Benjamin A. Monn`s latest photo project goes under the title of “Endor” and has been named after the eponymous planet in Star Wars 2 whose forests are covered by futuristic space stations. 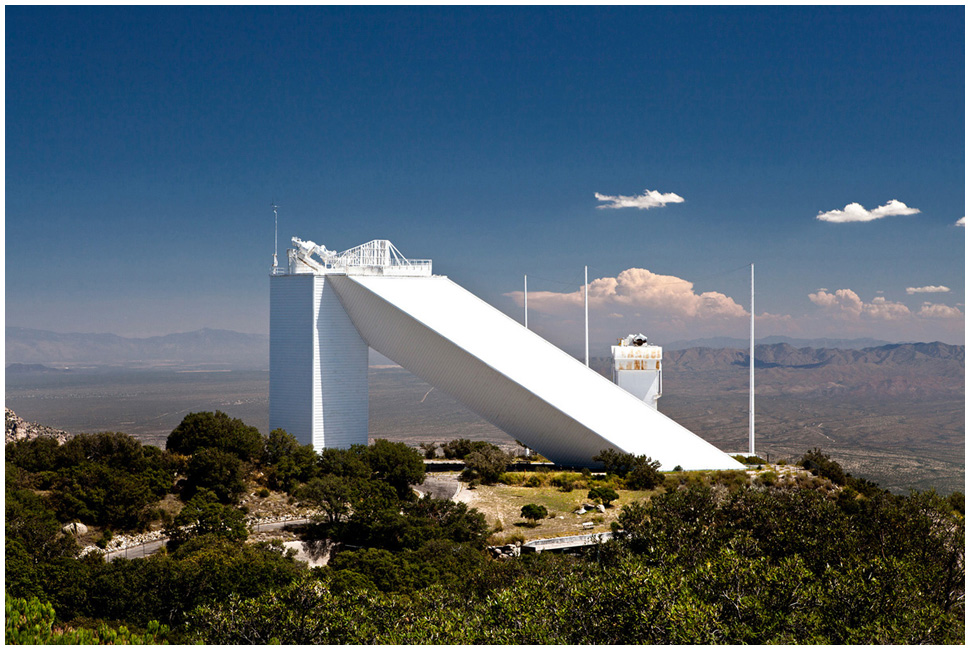 In Monns’ photo series, which he is developing within a work-in-progress process, the subject is real functional buildings which similarly contrast with their immediate environment. Here, the image of being implanted takes on a new, monumental dimension: humans place a building into a landscape where nothing has been built for thousands of years. Like an exotic plant in a little local garden, the building then interacts with its environment. In this situation, it is quite possible for a positive and exciting interplay to take place between architecture and nature. Far more frequently, the building and the landscape stand isolated side by side and create a totally dissonant image.